It’s always terribly sad when you hear of people losing their jobs – even more so during this current pandemic. WarnerMedia has just announced Monday, 10 May, that it has laid off hundreds of workers with DC Comics being one of the hardest hit divisions.

It remains to be seen what this means for DC Comics and their comic book franchises. The comic book industry has certainly not been immune to the devastating impact the pandemic and shutdowns have had on the overall economy, there are some who certainly feel that the alarm bells have been ringing for a while now. Some reports have speculated that overall owner AT&T is sending signals that they are no longer interested in the comics DC puts out, and may even install a manager from the eSports world to head up the comics division.

It’s a truly difficult time for all impacted – they have our sympathies and we wish them all the very best of luck for their next steps. 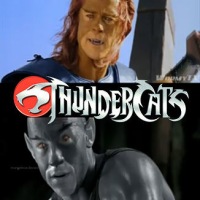